Vancouver has positioned itself as a city to watch for innovative sustainability solutions in North America over the last decade. With steady development of its core protected bicycle network out into its suburbs, the City could see significant bicycle ridership increases. – Michael Seth Wexler, Director of Copenhagenize Canada

A new Top 20 entrant this year, Vancouver is one of the few North American cities to push the boundaries and steadily innovate over the past few years when it comes to bicycle urbanism. While the bicycle culture in this laid-back Pacific metropolis can often be associated with sport, things are steadily changing as recent administrations have made a concerted effort to focus on bicycles as transport, incorporating an all-ages-and-abilities design framework.

With the highest city-wide bicycle modal share in Canada, Vancouver has been adding to its protected downtown bicycle network year after year, prioritizing major street corridors and heavy traffic bridges despite loud public bikelash. Cargo bikes are on the rise among a number of local businesses, and the local transit authority is building new long-term protected bicycle parking facilities to make a push towards better multi-modality.

Although there are many on-street bidirectional cycle tracks, new unidirectional ones keep popping up on a number of corridors, including some high-quality protected intersections to offer better separation from motor vehicles. The innovation seen in Vancouver today through design and action by the administration are giving some other long-standing bicycle cities in North America like Montréal or Portland a real run for their money, upping the ante and setting the bar for quality infrastructure much higher than previously seen.

“
...if we provide safe and comfortable cycling options for all ages and abilities, people will choose affordable, active and sustainable ways to get around our city.
Gregor Robertson
Former Mayor Of Vancouver

Still, outside of the city centre, protected infrastructure on major corridors is practically nonexistent, relying instead mainly on a network of bicycle boulevards and cut-throughs. These are generally comfortable routes and some improvements are being made outside of the downtown, but many major corridors remain unprotected from high vehicle volumes.

Unfortunately for Vancouverites, provincial legislation still dictates that helmet use is mandatory, which tends to cast a victim-blaming lens on the conversation of bicycles at times. Although the City has piloted some public plaza redevelopment for car-free streets, more could be done on a grander scale. We are excited to see how far up the list Vancouver can get themselves if they continue full steam ahead! 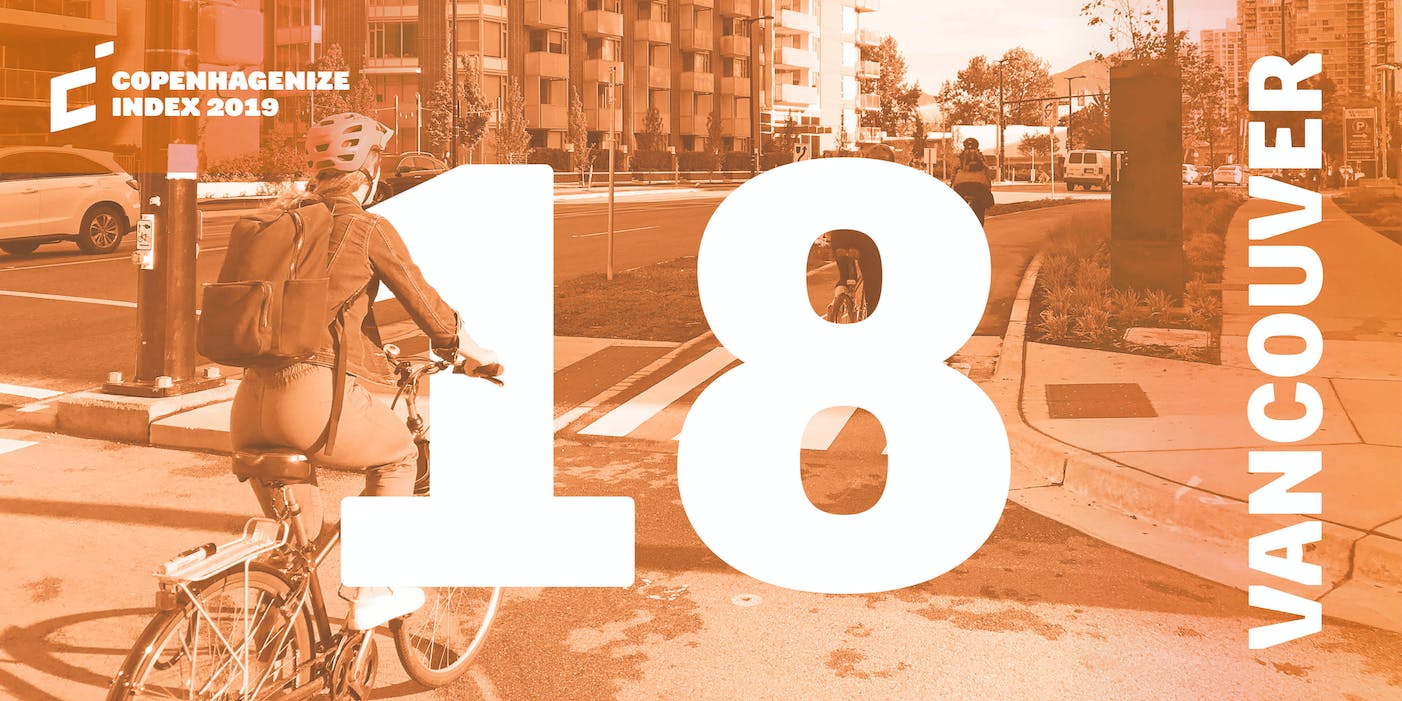