Helsinki has always put a huge value on design, but it has come late to actually designing better transport. Finally, it now seems to want to catch up and show the world that, even with intense cold winters, you can build a bike-friendly city. – Morten Kabell, CEO of Copenhagenize

With the ambitious goal of being the world’s best metropolis of sustainable transport, the Finnish capital, much like Paris, had set its sights set on a bicycle modal share target of 15% by 2020. At a current 11% with nearly equal gender split among bicycle users, Helsinki is well on its way to becoming a northern leader in bicycle-friendliness.

With over 1300 kilometres of bicycle infrastructure and 20 kilometres of cycle highways (another 140 kilometres planned!), the City is targeting important corridors in the central core for a bicycle-oriented facelift like Hämeentie, a major boulevard to be reconstructed by 2020.

Having dropped out of the Top 20 in 2013, Helsinki has been clawing its way back up the ranks since 2017, jumping up 8 places this year from 18th place. Since 2016, the local bike share program has grown 7-fold with nearly 3,500 bikes in service, while 74% of residents report to feeling safe cycling in the city. In the last few years, the local administration has also been getting involved in innovative bicycle pilot projects, with a local cargo bike sharing project for residents and companies in the Jätkäsaari district and an intermodal project to bring bikes on trains for free which became permanent in 2018 after a year of testing.

As a winter city with heavy snow, the City has also begun to re-evaluate their snow clearing practices since 2017. All of these changes have also been documented through the City’s bi-annual Bicycle Account since 2015, a marker of dedication to benchmarking and future planning.

Despite all of this positive development, there still lacks a strong advocacy voice in Helsinki to push the administration yet further and to hold them to account. Inadequacies in funding could spell problems for all of Helsinki’s bold planning to meet 2025 goals, as a recent proposal to increase annual bicycle funding from 10 to 20 million euros was not achieved. Helmet usage is also very high in Helsinki with messaging from the National government focusing on finger-wagging over increased funding for infrastructure. Additionally, the hugely popular bike share shuts down in the winter months even though people continue to cycle. 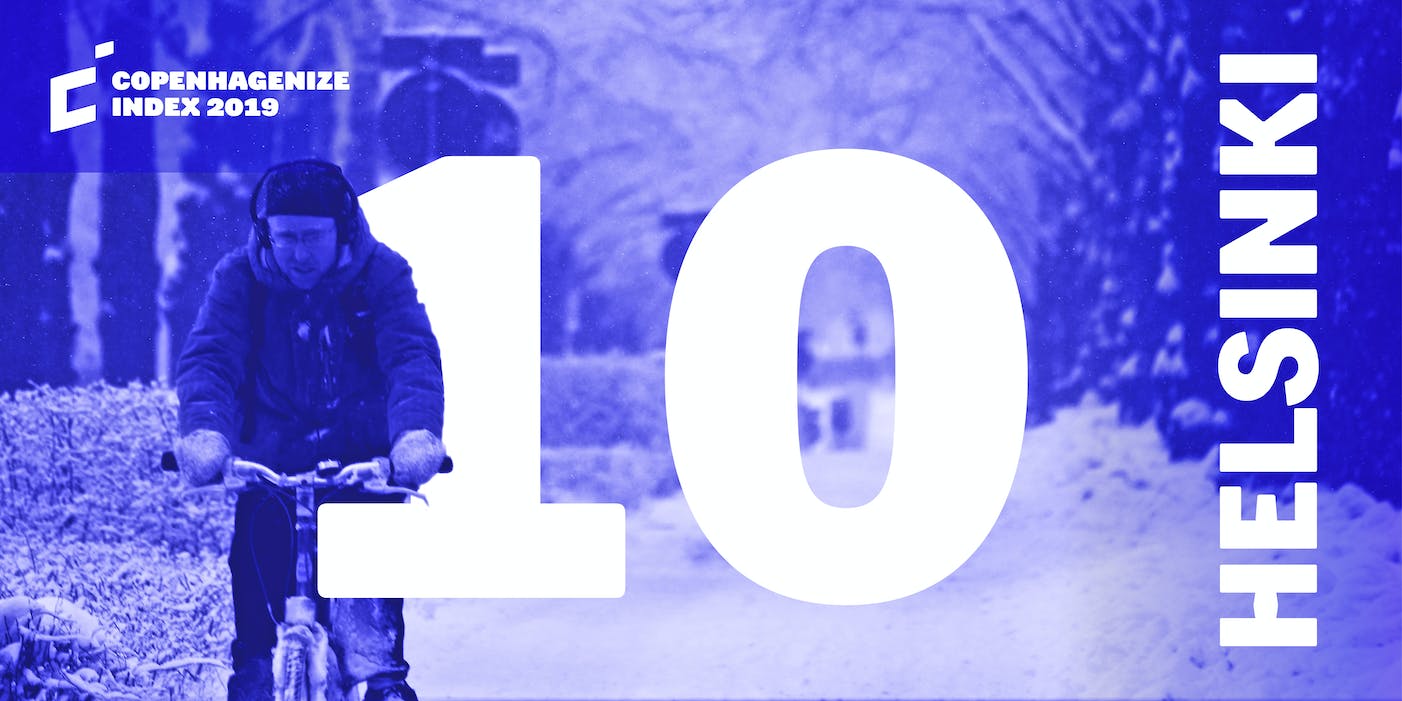