With steady improvement and ambitious cycling projects, Bremen silently left other German cities behind within in a country that is becoming a cycling hotspot in Europe. Politically, it still struggles to cope with the tight grip of the automotive industry. – Lorenz Siegel, Landscape Architect at Copenhagenize

Bremen slides into the number 11 spot this year boasting the highest bicycle modal share in Germany (25%), an expanding network of physically separated cycle tracks, and an innovative ‘bicycle district concept. And we’re not alone in recognizing Bremen, as a recent national survey found the North German city to rank at the top of its class among cities of its size.

With 674 km of physically separated cycle tracks, residents can count on the bicycle as a convenient mode of transportation for everyday trips. The latest Green Mobility Plan passed in 2018 calls for continued growth, with eight premium cross-city cycle routes planned for 2025. The first of these routes has shown the municipality is ready to roll out the red carpet for citizen cyclists, literally. The recent upgrade transforming Die Parkallee into a cycle street utilizes red thermoplast to denote bicycle priority over motorists.

Where Bremen really shines this time around is their recently announced €2.4 million ‘bicycle district’. Bremen pioneered the concept of bicycle streets among German cities. Now the city is taking the concept one step further by declaring the Weser bicycle district, with a consistent network of prioritized streets, bike friendly cobblestones, and increased bicycle parking. Definitely a program worth watching.

“
Bremen is a city of short distances, meaning it has great potential to strengthen walking and cycling. If only one in ten car journeys of under 5 km could be shifted to a bicycle journey, the cycling mode share would see a 2% increase, bringing it to 27%.
Sustainable Urban Mobility Plan Bremen 2025

Despite the well connected and far reaching network of cycling infrastructure, many of the lanes still leave something to be desired. At just 1.6 metres wide (around 5 feet), the bike lanes hardly accommodate passing, and can quickly become uncomfortable, even unsafe. 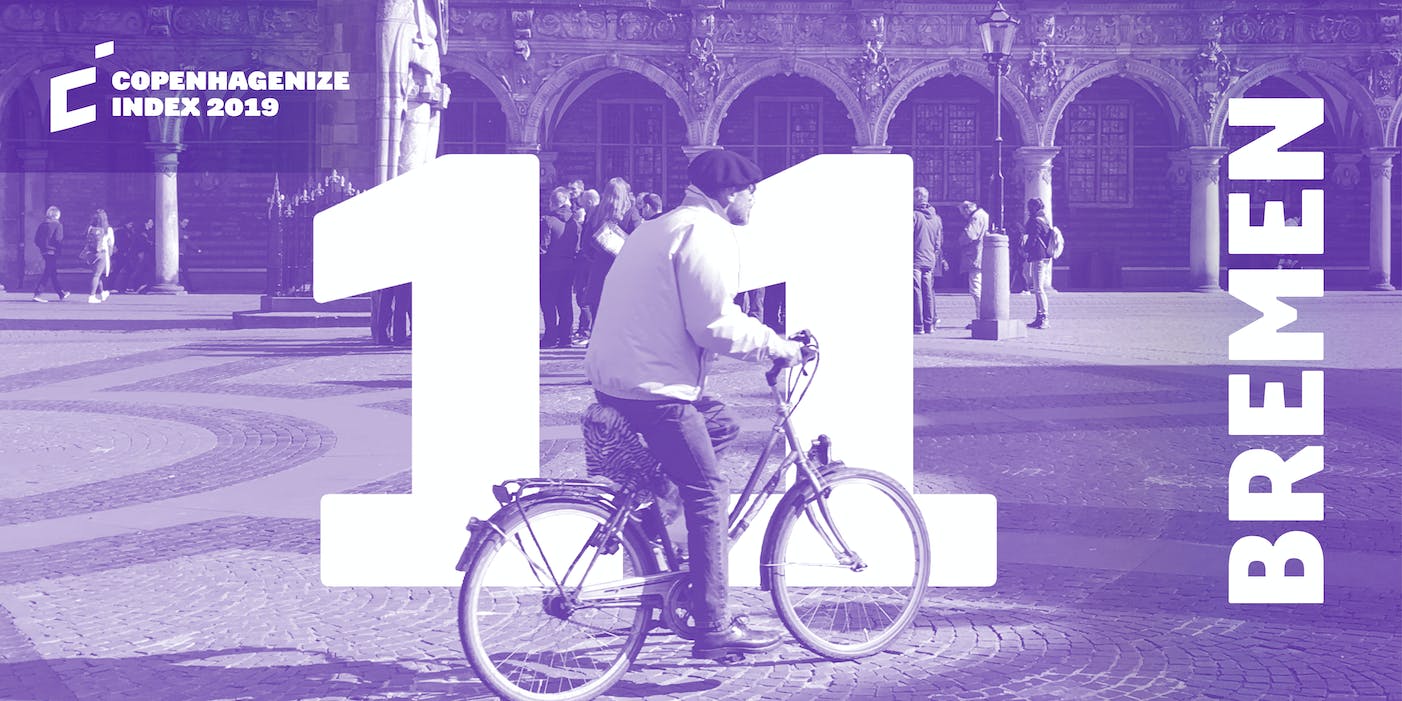