Utrecht understood years ago that efficiently connecting trains and bikes would be its best strategy to develop the city without flooding the streets with cars. – Clotilde Imbert, Director of Copenhagenize France

It’s hard to stand out as a bicycle-friendly city in the Netherlands. Competition is tough. But amongst its bicycle friendly cohort, Utrecht shines as a city willing to embrace innovation and push the boundaries.

As with many Dutch cities, Utrecht benefits from world class cycling infrastructure, high bicycle modal shares, convenient intermodality, and bicycle riders of all stripes. But where the city really shines this time around is through innovation and political will. A significant portion of the increase in bicycle modal share comes at the expense of car use. Politicians in this growing city pursue cycling as a mode of transportation to the fullest potential, prioritizing bicycles over cars, aiming to double the use of bicycle commuting traffic by 2030. Utrecht is putting words into action by implementing smart traffic signals, dedicated ‘fast lanes’ for e-bikes, and expanding bicycle parking capacity to record breaking levels.

In an effort to make intermodal connections as seamless as possible, Utrecht is building the world's largest bicycle parking structure, increasing capacity at the station to 22,000 bicycle parking spaces. This level of commitment isn’t just limited to public actors, private investors in the area directly surrounding the central station have pledged to build an additional 11,000 bicycle parking spaces by 2020, pushing the capacity within the neighbourhood up to 33,000. That’s more than the number of car parking spaces at Disney World Orlando (in a fraction of the space).

“
We will have 12,500 [bike] places by the end of 2018. But then we will have to do some research and find more places for the bikes. It never stops.
Tatjana Stenfert
Project Manager at Utrecht station

For residents, getting around the city by bike is pretty quick and simple. The infrastructure, however, isn’t always intuitive for visitors, which is a useful indicator for the intuitiveness of a bicycle network. Improving the consistency and intuitiveness of on-street infrastructure by way of an improved wayfinding system could also benefit commuters and visitors alike. And while the new parking at the central station has filled a huge demand, there’s an increasing frustration among residents at the lack of bicycle parking spaces in the city centre. 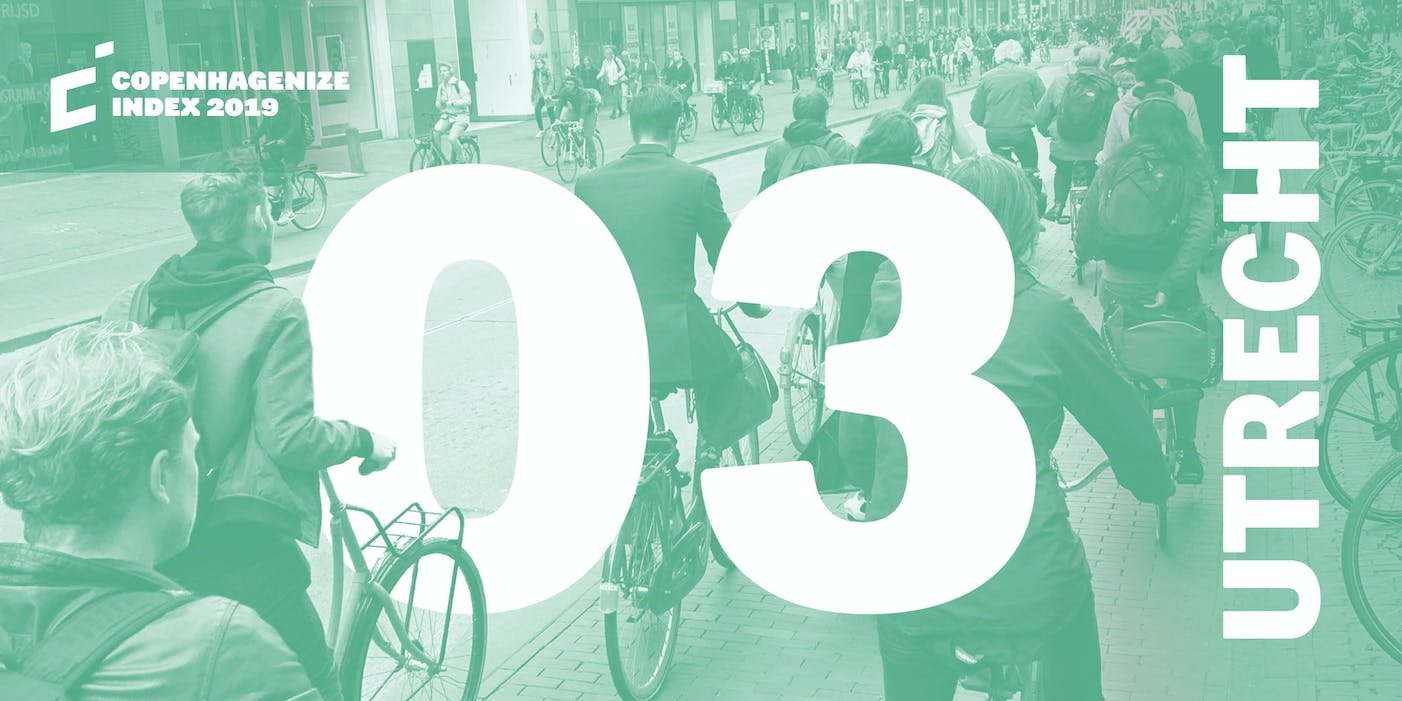