Despite the deep-rooted cycling culture in Tokyo, reaching a new level in the development of bicycle mobility will require local authorities to invest in dedicated cycling infrastructure that encourages inhabitants to cycle longer distances in this enormous metropolis. – Clotilde Imbert, Director of Copenhagenize France

Tokyo has been a city of cyclists for many years, not because of the infrastructure or the official planning narrative, but rather because of its people. In the world’s largest metropolis, there are millions and millions of people on their bicycles, using their Mamachari utility bikes to carry goods and children, going to the store, school or train stations.

Having rocked back into the Top 20 in 2017, Tokyo remains part of the cohort of the world’s best cycling cities this time around but has slipped a number of points while other cities push harder and innovate with greater strides. The official modal share for bicycles has hovered around 13-15% for a number of years, but the palpable nature of this city’s bicycle culture exists in the neighbourhoods outside of the core, where citizens are using their bicycles in higher numbers for a plethora of short trips. This is seen in the connection between bicycle use and public transport in Tokyo, where 18% of all train passengers arrive at their boarding station by bike, to then take the train further afield in this sprawling metropolitan centre.

The bicycle is used by the young, old, male and female, from all different backgrounds, but so far has not become mainstream for longer journeys through the city – as there is a significant lack in arterial protected bicycle corridors.

Officials have planned to create new cycle tracks in preparation for the 2020 Olympic games, but as the clock ticks there are only 13 kilometres of protected facilities to date – a far cry from an efficient and coherent network to be used by locals and visitors.

The big elephant in the room in Tokyo is for the political establishment to recognize the merit of planning for the bicycle as transport and build out a protected network that is badly needed. This is a city with demand bursting at the seams – a most latent demand for cycling across the prefecture and 23+ cities, without the necessary supply. 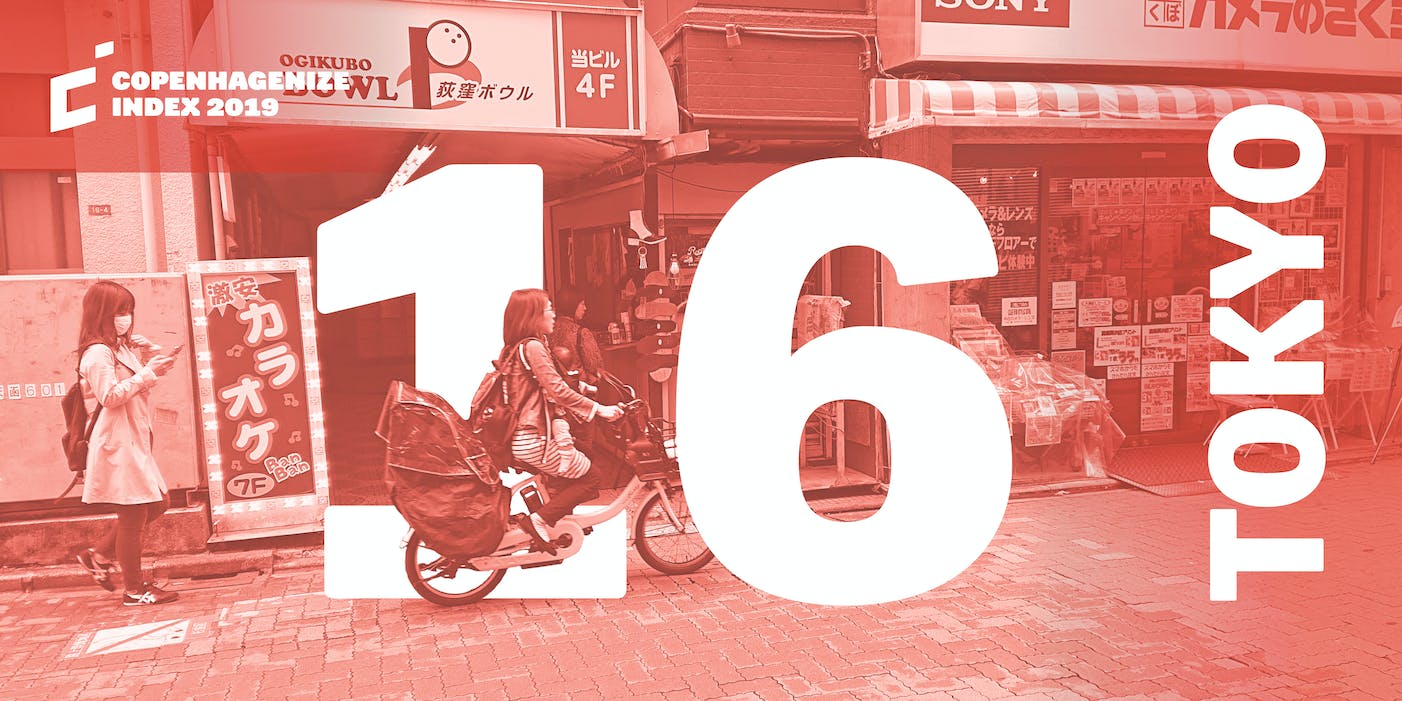