Having rested on its laurels for a number of years, Montréal finally seems to be taking the next big steps towards a bicycle-friendly future – but the City needs to do it quickly to see real change. – Michael Seth Wexler, Director of Copenhagenize Canada

As the only North American city to feature in our Index every year since 2011, the economic and cultural hub of French Canada has teetered on the edge of the Top 20 for a number of years now due to a lack of innovation. In 2017, Montréal went through a political upheaval with team Projet Montréal’s Valérie Plante winning a sweeping election on positive messaging surrounding bicycle infrastructure and new public transport investment.

The new administration has put forward the boldest bicycle-focused project that Montréal has ever seen – the Réseau Express Vélo – a network of 184 kilometres of protected uni-directional cycle tracks that would criss-cross the island, on top of the 80 or so kilometres of protected facilities today. Additionally, the City has been extending and adding a number of missing links to the existing street grid, and attempting to reorganize the departments and administrative processes involved in implementing cycling facilities across Montréal’s dizzying bureaucratic system.

The city’s bike share system, BIXI, started out as a world leader in 2009, extending systems to New York, London and Chicago among others, and in its 10th year now has over 7000 bikes across Montréal, with substantial increases in ridership and popularity in the past two years. Several central neighbourhoods see impressive numbers with respect to cycling modal share north of 15%, which is nearly unheard of in most North American cities, although the city-wide modal share still hasn’t peaked over 4%. The conversation surrounding street redesign for active users has been very present in recent years, with construction underway on the downtown’s primary shopping corridor Sainte-Catherine, which will remove hundreds of car parking spots from the urban core and link to a number of car-free plazas.

“
So many Montrealers would like to ride their bikes on a daily basis, but they do not dare to do so because the infrastructure is unsafe and they fear for their lives. Montreal’s bike network was built in the 1980s and is no longer adapted to our reality. New infrastructure needs to be built to meet the needs of today's cyclists. I travel by bike every day and I see how many problems there are and how great the need is.
Valérie Plante
Mayor of Montréal

Although the current plans of the new administration seek to make big infrastructure changes to Montréal’s cycling network in the coming years, many of today’s protected facilities suffer from poor design, as the majority of them followed a design standard unchanged since the 80s. Other parts of the network are also significantly lacking, with poorly painted bike lanes that fade away, protected facilities that evade important corridors for bicycle users, and the ongoing saga of Montréal’s terrible road surface conditions.

Although there is public discussion on the topic, BIXI continues to shut down for Montréal’s long six-month winter and there is a major lack of seamless integration between bicycles and public transport. Montréal has always had a head start in North America as the first city to build protected bike lanes in the 80s, and seems to finally be on the cusp of taking the bicycle seriously. How the new administration follows through in the coming years with their big vision will be the real test. 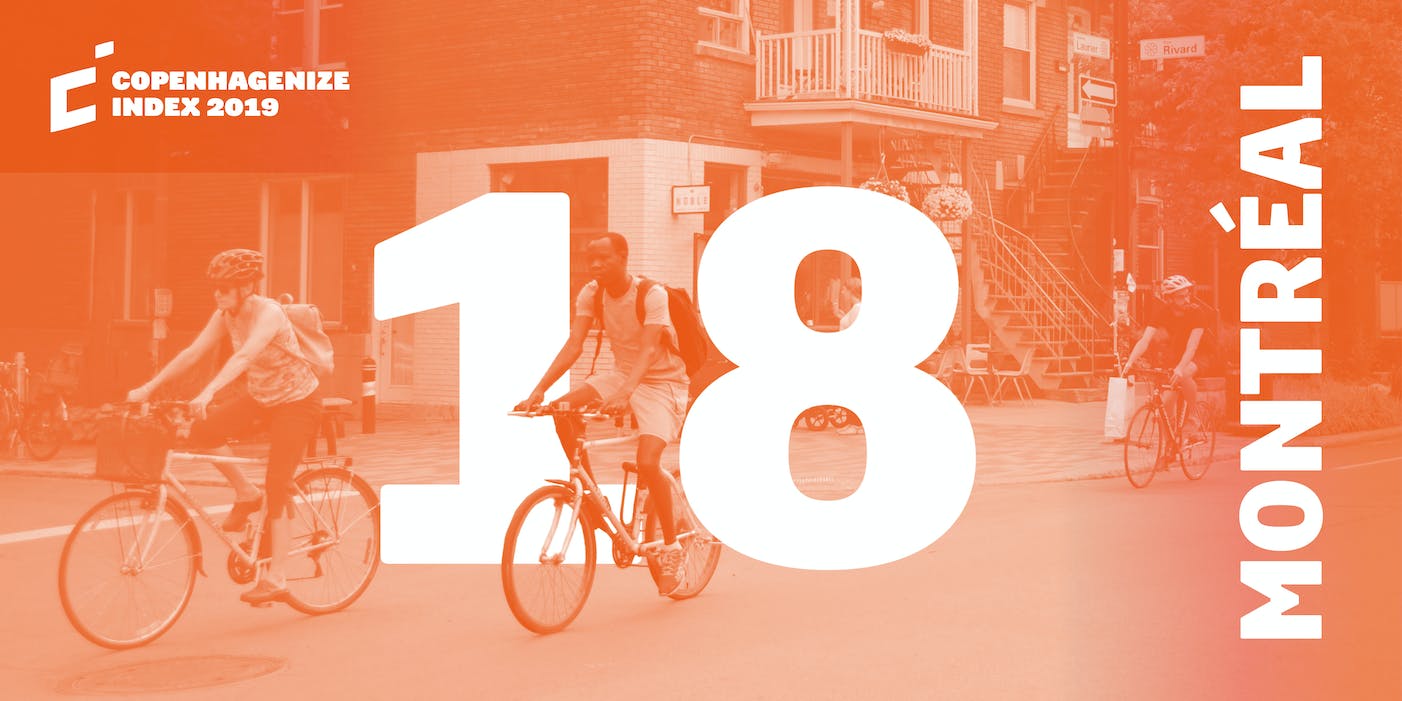