Oslo has long been the world capital of electric vehicles but lacked until recently a serious commitment to bicycles. The last four years have seen the Norwegian capital make a leap, and show the world what can be done in only a few short years. – Morten Kabell, CEO of Copenhagenize

Soaring up the list as an emerging bicycle city to watch, Norway’s capital jumped into the Top 20 in 2017 and surged into 7th position this time around. Oslo sets an example for all cities that have ever said they are too hilly or snowy to take bicycles seriously for transport.

With their 2015-2025 Bicycle Plan plotting a course to redefine urban planning approaches in the city, Oslo has seen its share of impressive political commitment to cycling. And when this commitment leads to investments, citizens can expect the City to share a thorough analysis with transparent results. With a concerted focus on the inner city, officials made the bold move in 2017 to ban cars from 1.3 square kilometres of the core, and significantly invest in traffic calming through the city while removing over 1000 car parking spots between 2017 and 2018 for better biking and walking. Although there still remains a need for more protected and well-maintained infrastructure for bikes throughout the city, officials are moving quickly to try to make up for decades of neglect.

Citizens and businesses can now take advantage of subsidies to purchase cargo bikes, and rely on a new bicycle parking facility at the central train station called SykkelHotell for secure bicycle parking for many different types of bikes. The City has recently kicked off an impressive winter bike share pilot project, equipping 400 bicycles with studded tires for efficient winter cycling.

All of these efforts, programs and initiatives are creating an excitement about cycling in Oslo this year and we are on the edge of our seats to see where they go from here.

Although the City is constantly adding more and more of their signature red bicycle lanes, there are still far too many unprotected corridors, which is reflected in a poor perception of safety for new users. Oslo must continue full steam ahead with their commitments and investments if they are going to become a truly bicycle-friendly city in the coming years. 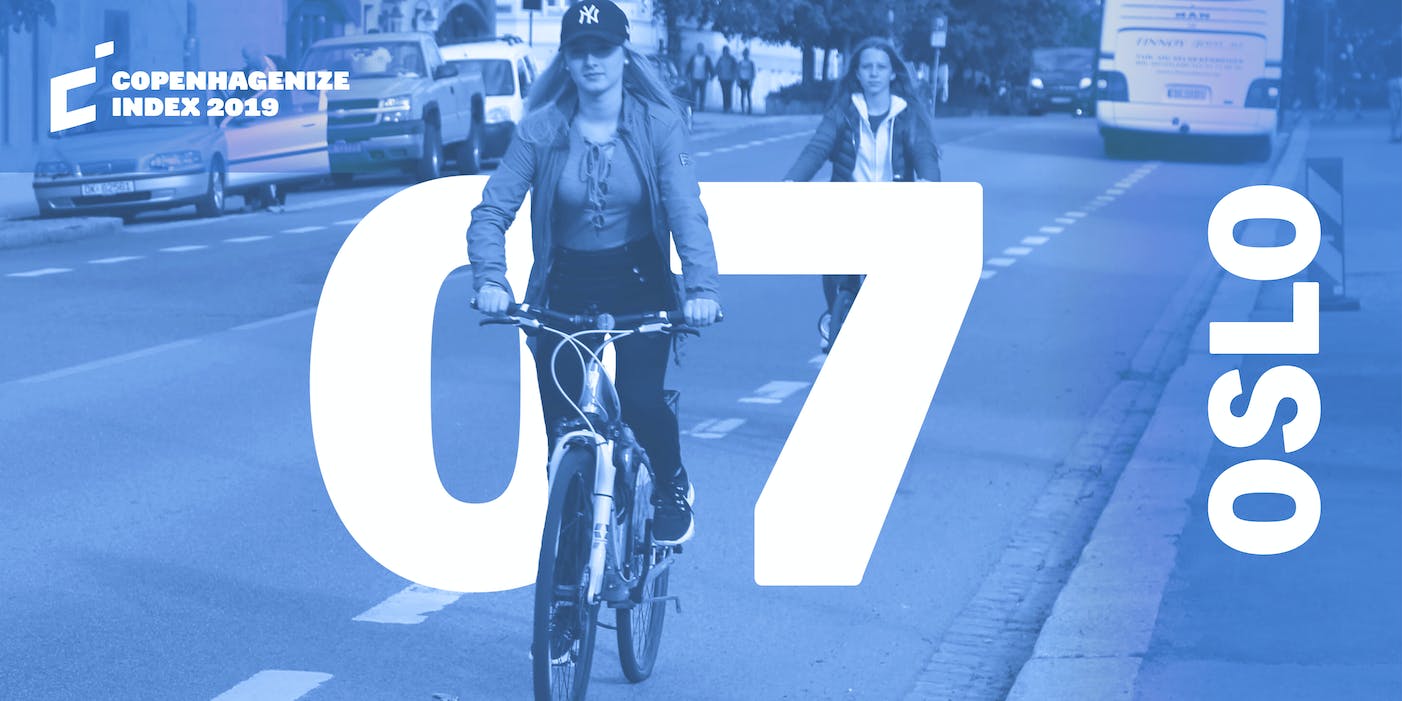