With an expanding network of bicycle infrastructure and a world-class bike sharing scheme, Taipei has woken up to the mobility potential of a popular export – the bicycle. – James Thoem, Director at Copenhagenize

Taiwan has long been the manufacturing centre for the cycling industry, earning the title ‘the bicycle kingdom’. But despite this long standing expertise, it’s only recently that the Taiwanese capital has begun accommodating this chief export as a natural choice for urban mobility, breaking into the Top 20 for the first time this year.

Taipei really picked up momentum in the last decade, launching the successful YouBike bike share scheme in 2009, beginning a network of cycling infrastructure, and becoming the first Asian city to host Velo-City Conference in 2016. Now, with support for cycling from Mayor Ko, an observed equal gender split, and plans for tripling bike lanes in the city centre by the end of the year, Taipei edges out the competition.

With a bike fleet rivaling London and New York in quantity and membership seamlessly integrated into the city’s metro card system, Taipei’s YouBike bike share scheme can be seen as a best practice case. Added incentives for using the bike share scheme including discounted rentals for intermodal trip chaining and free rentals for seniors have only increased the popularity. Afterall, to compete against the scooter in congested Taipei requires guaranteed availability and accessibility.

“
We want people to make cycling part of their lives and be able to combine cycling with the metro and buses for the ‘last mile’ of their journeys. We want to be able to tell car and motorbike users that there is a smarter way to get around.
Anne Chung
Taipei Transport Commissioner

Air pollution is still one of the main issues facing residents. The expanding metro network and relatively few bike lanes have made a dent here, but if Taipei really wants to improve its air quality, diesel scooter and car traffic must be regulated more effectively. 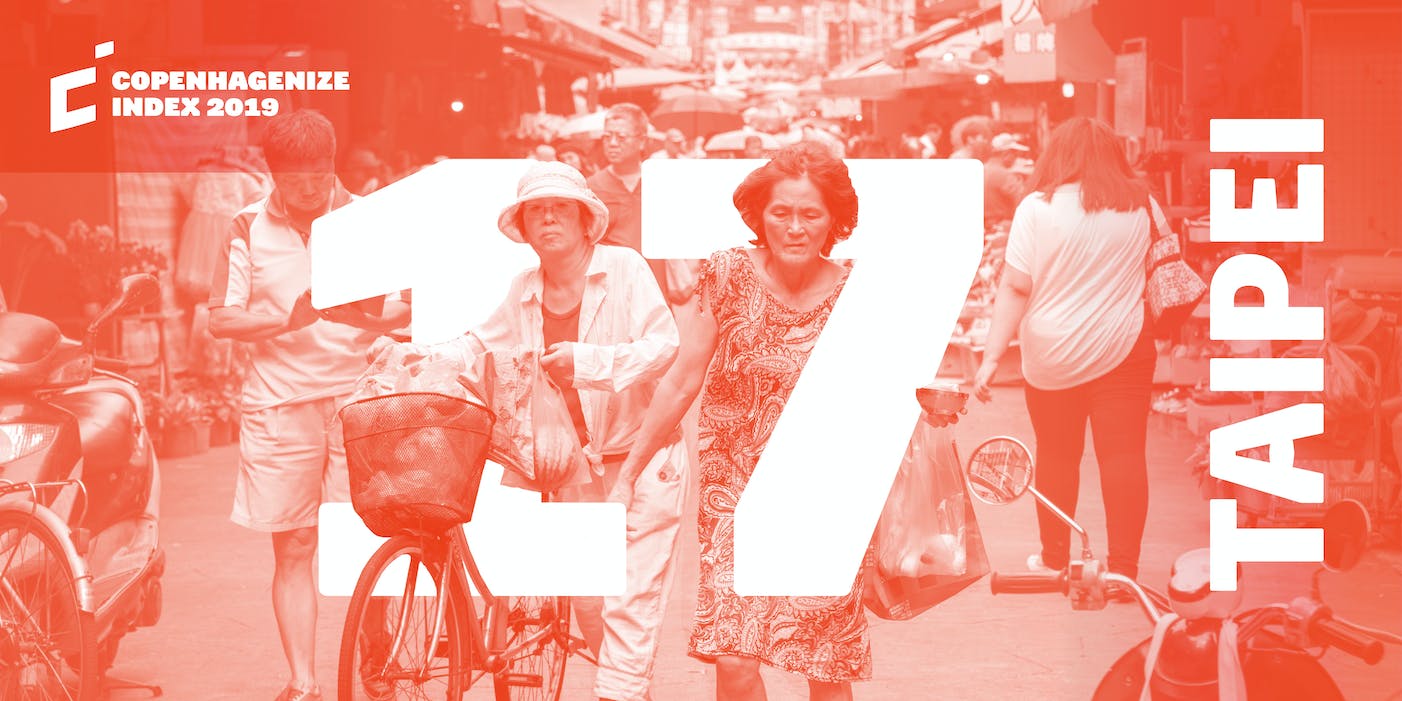