Removing space for cars leads to more people in the streets, and with its pont de pierre project, Bordeaux has demonstrated the truth of this statement. – Clotilde Imbert, Director of Copenhagenize France

Bordeaux has firmly maintained its position at number 6 on this year’s Index as it continues to innovate and maintain the bicycle as a high priority for transportation planning in the city.

The last two years saw the banning of cars from the historic “pont de pierre” bridge, allowing for an increase of 20% bicycle traffic along the corridor and a better place to walk or cycle. Strong political will has kept Bordeaux as a city to watch in France, as the administration continues to remove car space in the core for sustainable transport options.

With a bicycle modal share of 13%, the Bordelais can often be seen riding around sans casque as bicycling is seen as a fairly normal mode of transport in the city, with a near equal proportion of men and women riding their bicycles. In recent years, the City has put in place an expedited implementation plan to roll out infrastructure more quickly than in the past, and tries to be a model to citizens by offering 200 e-bikes for City employees to use. There have been bicycle innovations, such as tests to push the local concept of the bicycle street and the development of 100 cargo bike parking spots throughout the urban core.

There is still space for improvement in Bordeaux’s bicycle network, as facilities often do not follow a uniform consistency, which can become at times confusing for users. There is a need for more protected facilities as well, since only 35 kilometres of cycle tracks exist in contrast to the 100+ kilometres of painted lanes. In the near future, cycling must remain a high priority on the political agenda if things are to continue to improve, with higher-quality cycling links to farther-off communities within the metropolitan area. 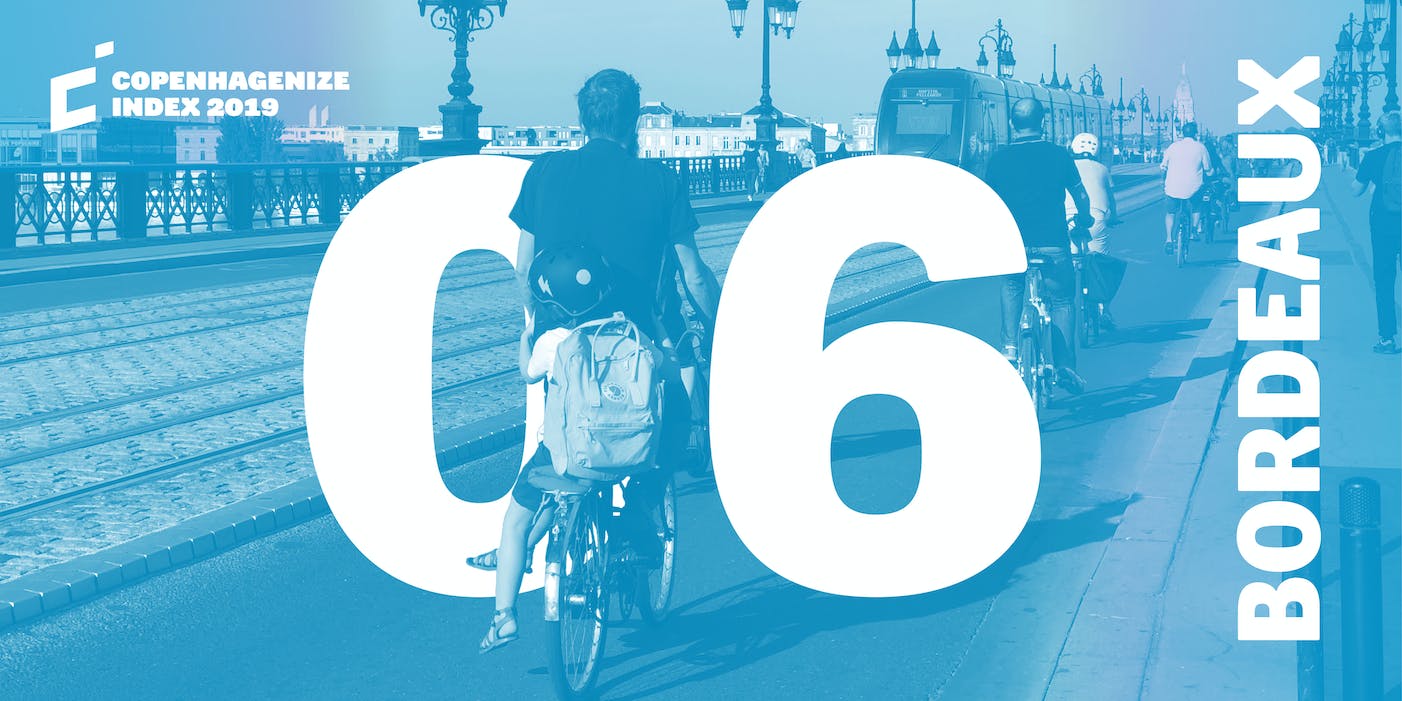