Bogotá is an ambitious city with difficult conditions to overcome. It still has a long way to go before it becomes a world leader in urban cycling, but, so far, it is surpassing other South American metropolises with its bicycle infrastructure and feeling of safety. – Morten Kabell, CEO of Copenhagenize

An exciting city to watch roar into the Top 20 this year is the Colombian capital of Bogotá, which although still very much car-congested metropolis suffering from poor air quality, most definitely deserves the points it has gained on this year’s Index.

As a leader for people and bicycle-focused initiatives in South America, Bogotá has become world famous for popularizing the Ciclovía – a weekly Sunday activity that sees over a hundred kilometres of city streets closed to cars for citizens to romp around on foot or by bike. Additionally, local advocates and citizens take part in Bicycle Colectivos, which bring large numbers of people out on groups rides across different socioeconomic backgrounds, neighbourhoods and interest groups. Mayor Enrique Peñalosa has been something of an international figure championing the bicycle for over a decade and bringing Bogotá into the global conversation on modernizing our cities.

With already an impressive 540 kilometres of bike lanes and another 200 kilometres funded for 2020 development, the City has a stated goal to have a bicycle lane 500 metres from every home, and they don’t seem to be slowing down any time soon. Bicycle modal shares have jumped from 6% to 9% in only the past two years and the City is aiming for a 10% goal by 2020, which unlike other City’s targeting, they seem to be in reach of. Infrastructure roll-out has also been tied to Bus Rapid Transit (BRT), with at least 13 bicycle garages located by BRT stations and plans to work with the metro company to build additional underground bike parking. 2500 bike parking spots can already be found by transit and the City plans to build 13,000 new spots by 2027.

“
Cycling outpaced every mode of transportation between our last two mobility surveys. In 2015, cycling had a six percent share of daily trips. We’re hoping that by 2020 it will be 10 percent – that would be one million trips per day.
David Uniman
City Bicycle Manager

For all of the positive pushes by City government, there is still a strong push for helmet usage by officials, probably due in part to the intensity of car traffic. Bogotá must make sure to follow through with many of their ambitious plans if they want to see that modal share continue to rise, including their new wayfinding system for cyclists, new bicycle public policy, and new street design guidelines for cycling infrastructure. Additionally, plans for overhauling the traffic light system to accommodate bikes and plans for public bike and electric scooter share systems will both have yet more positive effects once they see the light of day. 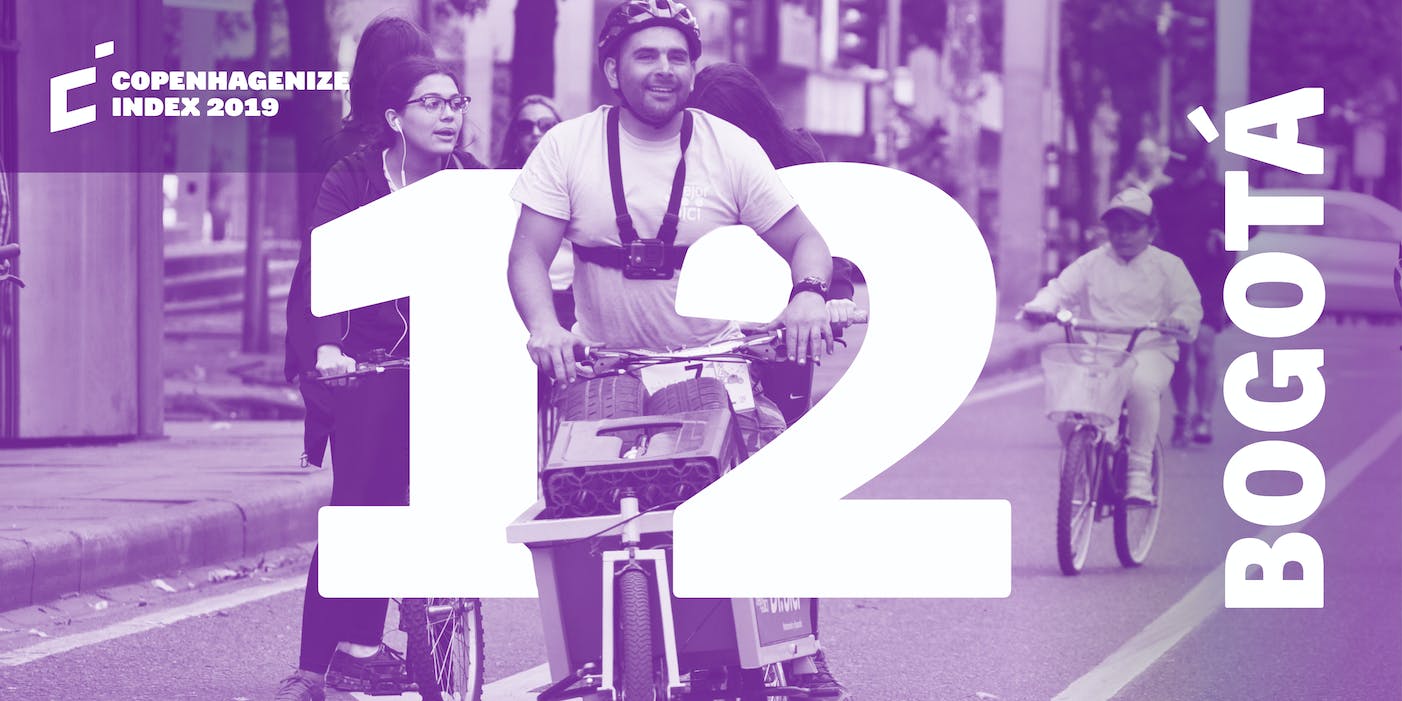