Modernizing the streetscape can be a fierce battle. Recent developments in Paris show us that politicians need to stand firm to reduce car space and make our streets more bicycle-friendly. – Clotilde Imbert, Director of Copenhagenize France

After years of relying on bus+bike lanes to make up a significant part of their network, Paris is finally getting into gear and building out dedicated cycle tracks – including protected facilities on the Champs-Elysées! This new shift and renewed momentum has bumped Paris up 5 spots from our 2017 Index.

Among fierce opposition, local politicians have stood firm as they have opened new cycling facilities and seen impressive results, like bicycle traffic representing 30% of traffic on Rue Rivoli for example and more children riding their bicycles than ever before.

Despite all this good work, the bicycle modal share still sits under 5% in 2019 after a strong political proclamation to get to 15% by 2020 – which seems all but impossible at this point. And although it suffered a year of very chaotic restructuring – Paris’ bike share scheme Vélib’ is still one of the worlds most used and ambitious, with over 150,000 members, 1200 stations across the 54 municipalities of Grand Paris and an additional 2500 e-bikes within the existing 12,000+ fleet.

New programs have also seen some great success in recent years, which again contributes to Paris’ rise in points for the 2019 Index. New financial incentives for personal and professional use of cargo bikes have contributed to increases in cargo bike proliferation, and large-scale events like the Journée Sans Voiture and Paris Respire have seen successful street closures across the city to allow citizens to experience active transport and cleaner air on their streets for a day. Bike parking remains a pressing issue that the City is beginning to face with new strategies, as well as cohabitation with scooters and mopeds in cycle tracks as they begin to be added to corridors across the metropolis.

“
A continuous and secure cycle network allowing everyone to move easily by bike, this is the goal of the Paris Bike Plan.
Christophe Najdovski‏
Deputy Mayor of Transportation and Public Space since 2014

Although new infrastructure is finally seeing the light of day, more attention needs to be paid to the details of the facilities – how they connect at intersections, and how they cater to users of all ages and abilities. And enough with the confusing bidirectional cycle tracks! Additional funding should be put towards clear communications of the benefits of cycling for Parisians, supported by a strong brand identity for this amazing city. This goes hand in hand with helping to educate street users of all types on how to use and approach these new cycling facilities! 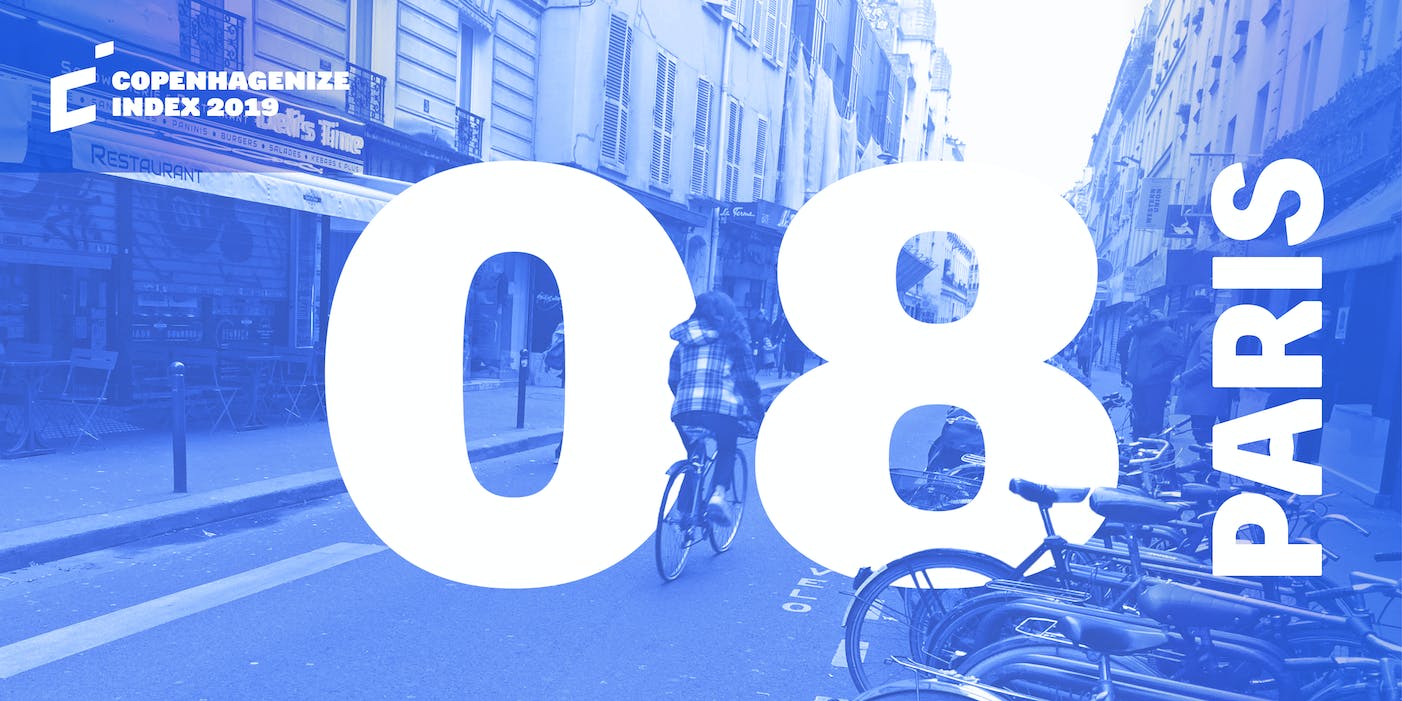