When talking to city officials in Hamburg, one can not only see commitment, but a good understanding of how the bicycle can play an important role in Hamburg’s mobility future. – Lorenz Siegel, Landscape Architect at Copenhagenize

Hamburg falls three spots this year, not necessarily by lack of effort, but by being beaten out by the competition. Germany’s northern metropolis is showing signs that it’s tired of the status quo and ready to take everyday cycling to the next level, looking to improvements on all scales. And if they put their money where their mouth is, Hamburg will definitely be a city to watch over the next couple years.

At first glance Hamburg’s inner city neighbourhood’s give the impression of a true cycling city. With traffic calmed neighbourhoods and frequent bike share stations, one would be forgiven for thinking they were in a Dutch or Danish city. But look beyond, and the city struggles with sprawl, inconsistent infrastructure design, and the characteristic car-centric planning so familiar to German cities.

On the regional scale, these issues are to be tackled through improved bicycle parking at regional stations and a network of cycle highways stretching out into surrounding municipalities. Since 2015, more than 3000 bicycle parking spaces have been implemented. And now the region is capitalizing on a federal cycle highway co-funding scheme by planning more than six distinct routes connecting the surrounding suburbs, towns, and rural districts to the city centre.

The City’s recently revamped cycling website sets the tone for an optimistic future as a cycling city, portraying cycling as a convenient and modern mode of transportation, while keeping residents up to date with recent improvements.

New bicycle parking, air pumps, bike share fleets, and off-street regional routes are all worthwhile investments. But when residents are polled, more than half respond saying that poor bicycle lanes keep them from riding. Sooner or later Hamburg will have to turn to the elephant in the room, taking space from automobiles for an expanding network of on-street bike lanes. 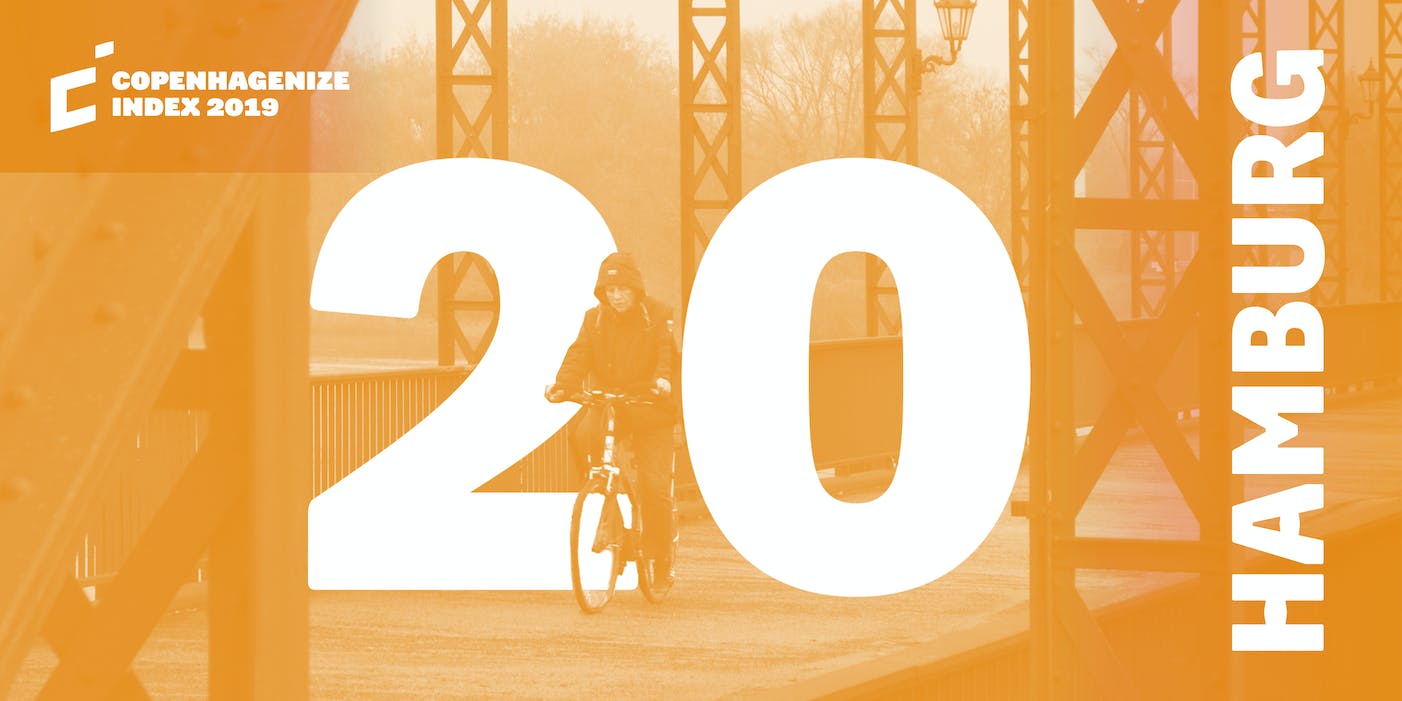