New Zealand's Minister for Women and Associate Minister for Transport and Health, Julie Anne Genter, cycled on August 19, 2018 to the hospital to give birth to her first child.

On her Instagram post announcing the decision, she stated that biking would put her in the best possible mood before giving birth. The Green Party politician is a well-known and outspoken advocate for the bicycle. Her inspiring and empowering story shows how to truly lead by example, and how healthy, convenient, and accessible bicycling can be. 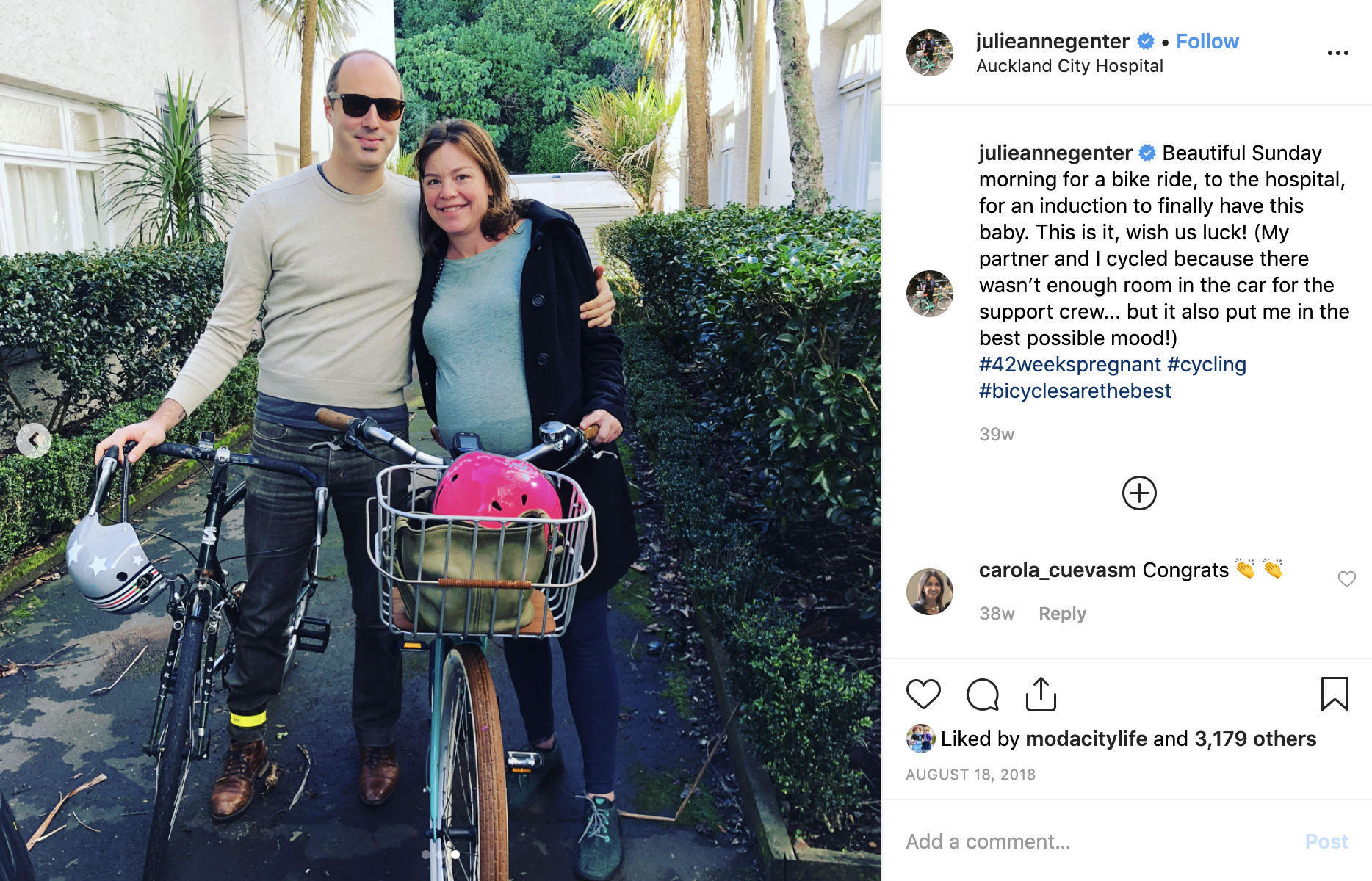 Of course, Genter is notable for more accomplishments than just biking to the hospital to give birth. Before entering parliament, Genter worked as a transportation planner. She has since achieved status as New Zealand’s unofficial ‘Minister of Bikes’ by heavily investing in bike infrastructure and promoting bicycle culture through her policies. In November 2018, she announced around $15 million USD for cycling education across New Zealand for the next three years, including a focus on educating school children. In total, the government will organize biking instruction for 98,000 kids, equip schools with bikes and helmets, and build more storage facilities and new cycle tracks around certain schools.

"Not every child has a bike at home so this [funding] will help ensure kids don't miss out on the opportunity to learn to ride [....] In the 1980s more than half of school kids walked or cycled to school. Today it's less than a third. We want to turn that around," Genter said. (Jason Walls / New Zealand Herald)

This initiative aims to bring biking back into kids' lifestyles as it was in the 1980s: Then, more than half of children walked or biked to school, yet today no more than a third do. The government also budgeted over $250 million USD in 2018 for pedestrian and bicycle paths over three years. 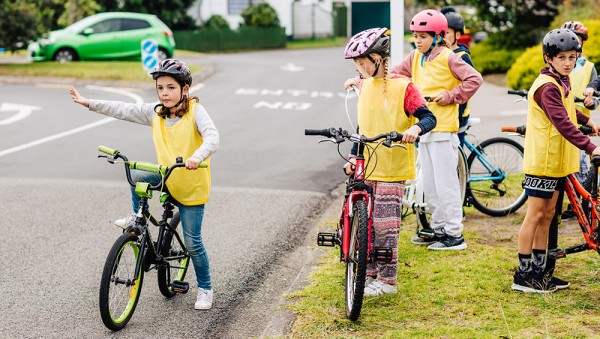 Genter is now cycling around Auckland on her cargo bike with her months-old son, and never misses an opportunity to promote cycling through concrete actions. Her actions set a standard, and show that her support for bicycling as transportation goes beyond just saying the right thing. 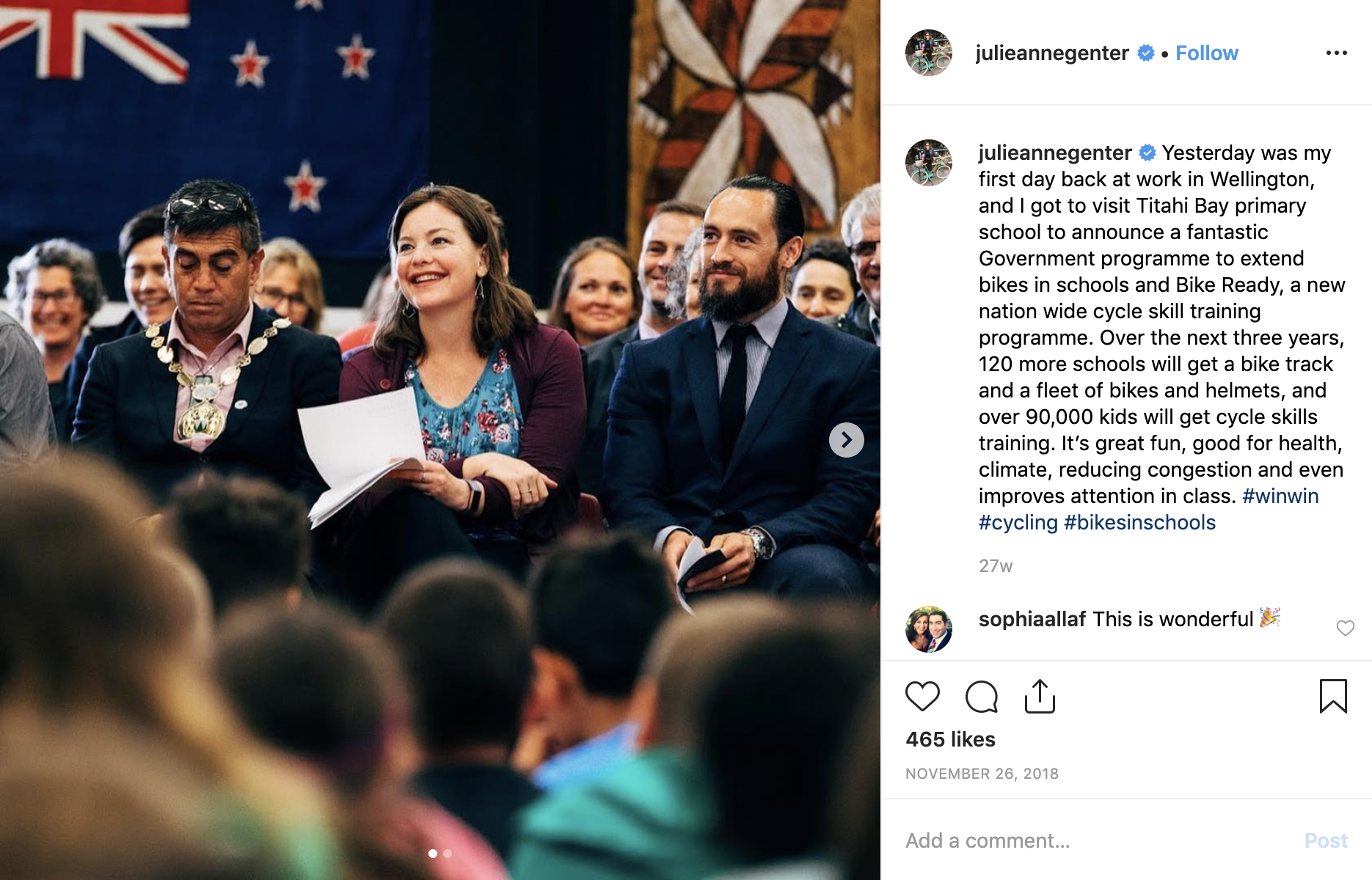 (Photos above and left: @julieannegenter)