Filling in the map to fill in the gaps.

Jeff Lim is a Kuala Lumpur resident and the designer behind local workshop Studio 25. In 2012, he started “The Bicycle Map Project” — a crowdsourced map that would eventually lead to the City’s first-ever dedicated cycling lane. 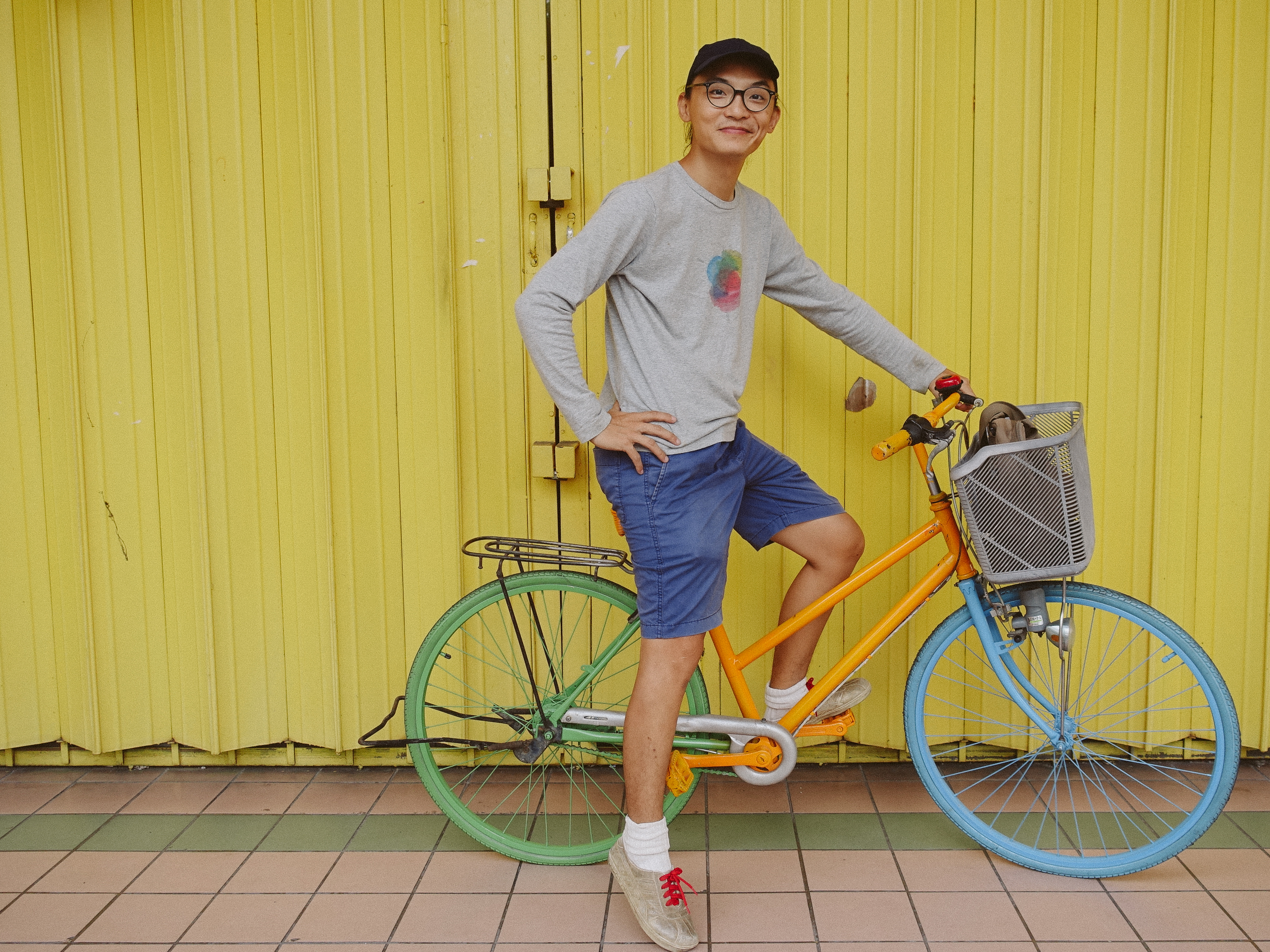 Jeff Lim, the creator behind the Bicycle Map Project, poses with his bike. (Photo above: Marcus Lee / Rojak Daily)

As the project’s name suggests, Lim set out to create a bicycle map of the city, which in turn would enable residents to plan safer routes and use the bicycle more easily for their daily travel. Over a period of two years, Lim and a group of volunteers painstakingly mapped Kuala Lumpur road by road to identify a range of bicycle-friendly street features, including cycling lanes, off-street connectors, bike parking, and bicycle shops. Although the city lacks proper designated bike lanes, the volunteers looked at all roads, identifying the most comfortable ones for bicycle users based on their own experiences riding along the streets. In 2014, the group printed 10,000 copies of the bicycle map’s first edition — financed entirely by Lim’s studio — and distributed them for free in English, Malay, and Chinese. A second edition of the map followed in 2017.

What started as a volunteer-run, personal project turned into a major catalyst for change in Kuala Lumpur. After Lim released the map, the City brought him on as a consultant for a new bike corridor in 2015, and then again for its first-ever cycling lane — a seven-kilometre stretch marked in bright blue paint — unveiled as a centrepiece of The Ninth World Urban Forum in Malaysia in 2018.

"It's an aspirational map to show [people] what a future can be for cycling in Malaysia," says Lim. (Marcus Lee / Rojak Daily)

Of course, we know that painted bike lanes are not sufficient to protect bicycle users on busy streets, and Lim notes that there are still improvements to be made to the design, maintenance, and safety of the lane.

Buses and cars often pull over in the blue bike lane, as it lacks a physical barrier. (Photo above: The Star Online)

At the same time, the new bike lane represents a huge step forward for the city. With its bright blue colour — just like we see at bicycle crossings in Copenhagen — it creates a strong visual statement. The City’s positive reception of the map and consultation with Lim shows how ground-up, citizen-based activism has the power to create change on a political level.