A yellow vision: How Brussels is marketing a city for bicycles.

Brussels suffers from a strong tradition of car-centric planning and many traffic controversies. The City administration is seriously improving its existing bicycle infrastructure, but biking is still not an easy daily practice for all residents. What’s more, the combination of a fragmented set of language groups and a wide variety of political stakeholders makes it difficult for bike advocacy movements to create campaigns with consistent and precise messaging. As a response, Brussels Mobility entered the stage in 2017, launching a new, large-scale umbrella brand and strategy through a new campaign called “Bike for Brussels”.

A commonly shared and well-communicated vision is nearly as important as the infrastructure itself. With witty slogans, contemporary design, and a multilingual set-up, Brussels Mobility’s regional initiative encourages the growing community of bicycle users by promoting a more coherent, appealing brand of Brussels as a metropolitan area that understands and values the bicycle’s role in improving the urban environment. 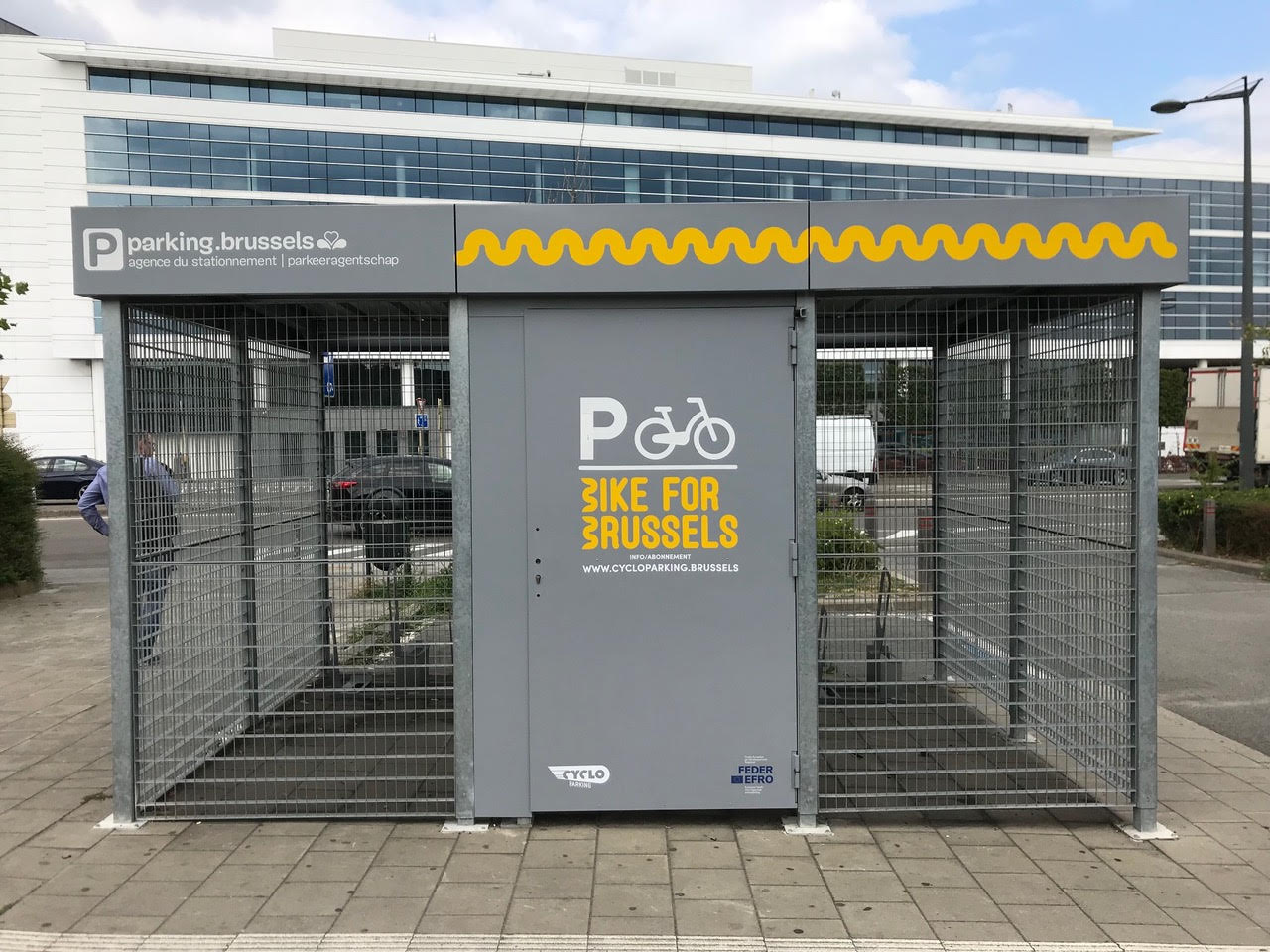 The “Bike for Brussels” identity is straight to the point: Brussels now uses yellow (the colour of choice) for new bicycle tracks, for emphasizing services, for promoting social media campaigns, and for catchy posters that raise awareness about bikes among car drivers. In addition, all activities and events — like the free distribution of bike lights, breakfasts for bicycle users, repair days, or temporary bicycle parking for major events — are branded with the slogan, “Bike for Brussels”. Under this motto, local authorities and advocacy groups work together under the same message — that of turning a city of cars into a city for people, including bicycle users.

“Bike for Brussels” as a cohesive message contributes to changing the perception of the bicycle in Brussels, one campaign after another. The concept of a clear, unified message — complemented by additional events and better infrastructure for bicycle users — can be applied to all cities across the world in order to reintroduce bicycle as a normal part of the street environment. 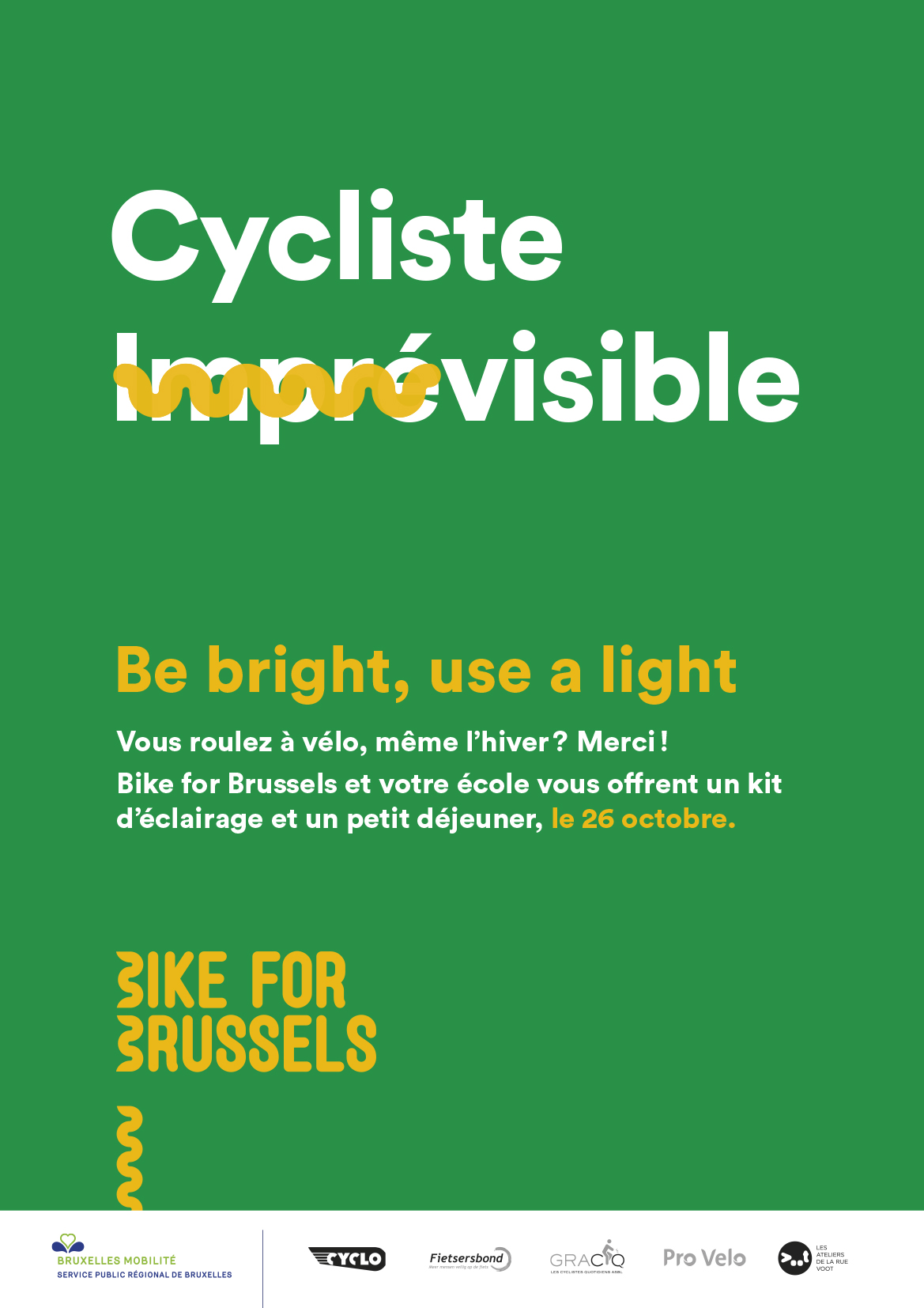