A tasteful Turkish initiative to promote women on bikes.

Beginning as a small event in Izmir, the “Fancy Women Bike Ride” (Süslü Kadınlar Bisiklet Turu) has since grown into a parade of over 30,000 women.

Held annually in over 50 cities in Turkey and 120 cities around the world, it increases the visibility of female bicycle users, encouraging them to parade on bike through the streets while wearing fancy clothes. In doing so, the ride proves that biking is possible without lycra, sweat, competition, and reflective vests. 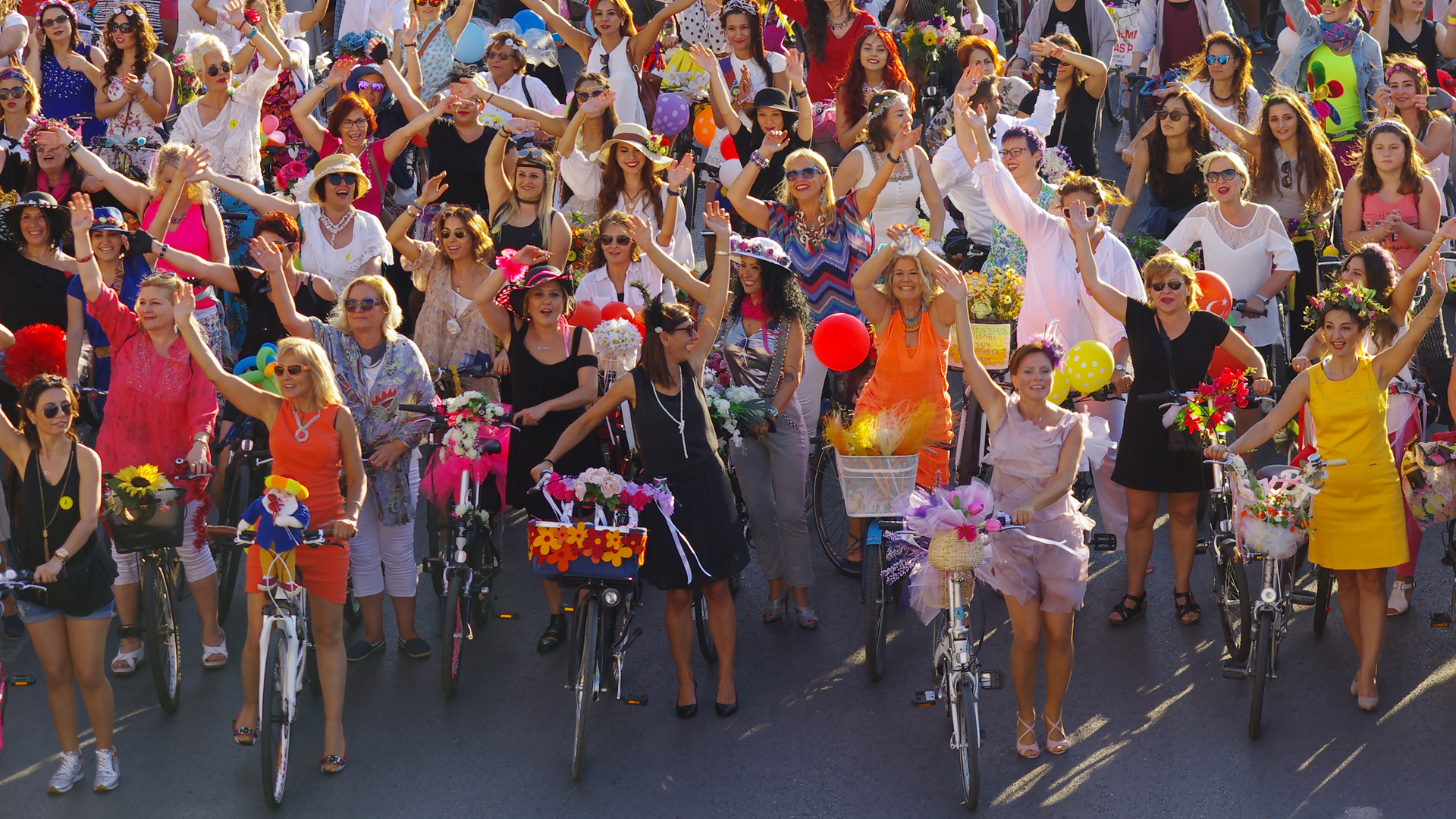 The all-female bicycle parade came to life in 2013 thanks to Sema Gür, who challenged the male-dominated world of cycling in Turkey. Gür, a teacher living in Izmir, created a Facebook event and invited her friends to come together for a bike ride one Sunday afternoon. By coincidence, her ride took place on the same day as annual World Car-Free Day, during the EU’s Mobility Week. Since then, the Fancy Women Bike Ride has run every year on World Car-Free Day in late September.

The yearly events allow women to bike safely on main roads together as a group, giving those who might not normally feel safe alone on a bike the freedom to do so. Through parades like the Fancy Women Bike ride, locals see and experience the potential for biking in urban areas — even with fancy clothes on — and may begin to consider using a bicycle in their daily lives. And, just as importantly, the parade reinforces the idea throughout the rest of the city that women belong on bikes, too.

Find out more at www.fancywomenbikeride.com